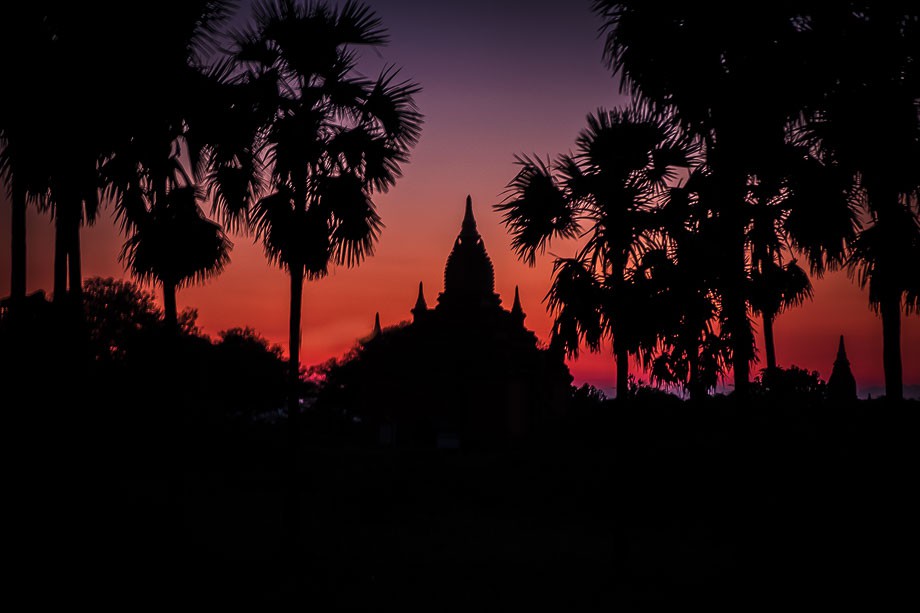 Myanmar (formerly Burma) has been opening up to mass tourism for the first time since the transition of power to (partial) civilian rule in 2015. Prior to this, Myanmar was quite difficult to travel to. You used to have to take an organised tour, there was a special currency for foreigners, you had to stay in government-run hotels, etc. Infrastructure was quite poor, making for challenging travelling. To add to this, Aung San Suu Kyi was recommending a tourist boycott, putting many people off going. A network of spies throughout the country reported any contact with local people and discussions about opposition politics could easily lead to imprisonment, making it very difficult to make genuine contact with local people.

Today, things have improved significantly. The new government has kicked off infrastructure projects building new roads. The political atmosphere has improved to the point where locals had no fear openly criticising the previous military regime. The new government, however, still has a long way to go and risks regressing back to international pariah status with its genocide of the Rohingya.

Myanmar remains rather mysterious and undeveloped compared to its neighbours Thailand and Malaysia. So, what’s it really like to travel in Myanmar? Here is my no-nonsense appraisal.

Transport has improved immensely in recent years with the construction of new highways. Still, despite there being some luxury coach services, most buses are pretty old and crappy and it’s often pot luck which ones you get.

Air travel is also a viable option with a plethora of airlines plying the main routes. Note, that some planes fly to multiple destinations in a circuit or only in one direction. You might end up having to double back to Yangon to reach your ultimate destination.

The final option is to travel by train. The trains and rail network are extremely old and uncomfortable and therefore not recommended for long distances. One highly recommended scenic route is from Mandalay to Hsipaw. Note, that the train leaves Mandalay at 4am and lasts 12 hours.

What about the people?

Myanmar is a principally Buddhist country and the Burmese are incredibly gentle and reserved. They are quite shy of foreigners and keep their distance in public. Apart from souvenir sellers at the major tourist attractions, there is very little hassle on the street from vendors or scammers, unlike in other Asian countries. I am sure this will change as the country develops more for tourism in the future, but for now, there is very little stress.

What about the food?

Not much is known about Burmese food. It is certainly not internationally renowned, like Thai food, for example. So, I was pleasantly surprised to find a wide variety of tasty foods on offer for incredibly cheap prices. In most local restaurants you can find not only Thai and Chinese food, but also unique local dishes. One of the best features of Burmese food is the salads. For around $1 you get huge servings of unique Burmese vegetables. On many an occasion, I ordered what I thought was a side salad, only to be presented with mountains of vegetables. Traditional restaurants often offer lunch set menus. Once I ordered a vegetable curry and got about 10 different dishes!

Where to stay in Myanmar?

There is a wide range of accommodation in Myanmar from luxury hotels to budget guesthouses and hostels. On average, lodging is slightly more expensive than in neighbouring Thailand or other south east Asian countries. Due to the ongoing boycott by foreign tourists, however, there were plenty of deals to be had at the time of writing this article.

In an effort to promote high-end tourism, the government has promoted construction of luxury resorts. This is especially true at the coastal beach resorts of Ngwe Saung and Ngapali Beach. For those wanting to travel “ethically”, it is advisable to avoid such resorts.

Alcohol is legal and freely available.

Myanmar is reputedly the largest producer of crystal meth in the world. As in many south east asian countries, meth is a massive problem. One older gentleman I spoke to at Inle Lake was lamenting the lack of respect and desire to work on the part of the Burmese youth. He told me they stay up for days on end on social media and playing video games. Most the production is located in northern Shan state, where few foreigners venture. The state long been the site of many internal ethnic conflicts, which are fueled by profits from the illegal drug trade. The region, which is part of the notorious Golden Triangle, used to be one of the world’s principal opium producers. It has, however, seen production of opium plummet in recent years due to the rise of the much more profitable synthetic drug production. The Wa region of Shan state (on the border with China) is semi-autonomous and drug warlords are free to do business. Ironically, they say the region has some of the highest standard of schools in the country.