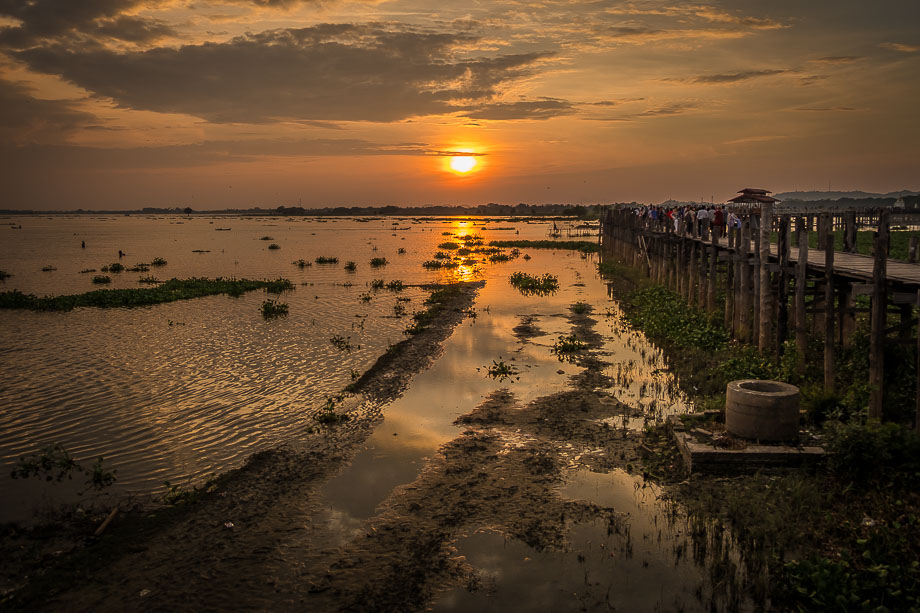 Mandalay is Myanmar’s second largest city and ultimate royal capital. It was founded relatively recently in 1848.

Many people pass through Mandalay on their way to Bagan, Inle or further north for trekking. This is a mistake, as Mandalay is a pleasant city with nowhere near the traffic problems of Yangon and plenty to keep the tourist occupied for a few days.

Most tourist attractions are within walking distance of each other, north west of the main palace, which is the principle landmark in the city. These include: Kuthodaw Pagoda, or the “world’s largest book”, which is a hundreds of white stupas inscribed with Buddhist scriptures; Mahamuni Temple, holding the Image of the Gautama Buddha, one of the most sacred sites in Myanmar; Shwenandaw Monastery, famous for its teak carvings.

The principal attraction is Mandalay Hill, from which the city derives its name. A major pilgrimage site for 2 centuries, it affords magnificent views of the city and environs. Be sure not to miss the sunset.

From Mandalay, there are 3 excursions, best visited with a tour. The most famous is the world’s longest wooden bridge, U-Bein, which is horrendously crowded with local and Chinese tourists at sunset. Better to go for sunrise. The second is the ancient city of Innwa, or Ava, reached by boat. A horse and cart will take you round the various pagodas and monasteries. Finally there is Mingun, famous for its unfinished stupa, the Pahtodawgyi.