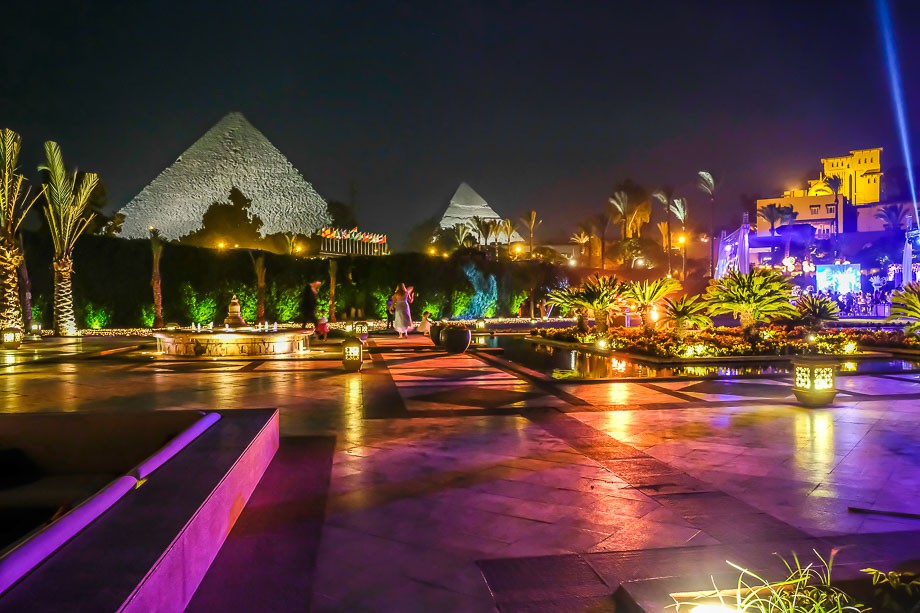 Mena House is an historic hotel located at the foot of the Pyramids of Giza. It was originally a hunting lodge opened in 1869 and later a winter getaway for rich Europeans. Later it was opened as a hotel with Egypt’s first swimming pool in 1890. The hotel has hosted many famous celebrities and politicians, including Winston Churchill and Richard Nixon. In 1977, Mena House hosted a pre-Camp David summit between Egypt and Israel, which was attended by Menachem Began, Anwar Sadat and Jimmy Carter.

The Great Pyramids of Giza consists of 3 ancient pyramids and the Sphinx, which are the only remaining wonder of the seven ancient wonders of the world. The first pyramid was constructed around 2500BC and was thought to have been a tomb for deceased Pharaohs. It is also thought the pyramids acted a storehouse for supplies which the Pharaohs would need in the afterlife. The pyramids are believed to have been built by a workforce of up to 10000, who cut huge stones from a quarry, dragged them to the site and lifted them into place.